Lenton Brae Wine Dinner Round Up

Last Tuesday, we had the pleasure of inviting Edward Tomlinson, Lenton Brae’s winemaker, to host our first Lenton Brae wine dinner at The Study. Lenton Brae is one of Margaret River’s pioneering wineries and one that is highly regarded by people in the know. This winery is consistently awarded 5 stars by James Halliday. Because of its small production (about 8000 cases a year), you will not see the wines splashed all over town.

For followers of Australian wines, Margaret River is widely considered to be one of the country’s best wine producing regions, noted especially for its small wineries (mostly, although there are some giants in their midst), producing artisanal interpretations of Cabernet Sauvignon, Chardonnay and a classic white Bordeaux blend of Semillon Sauvignon Blanc.

The dinner’s theme centered on The Study Head Chef Danial Syed’s take of game and the flavours of the wild foliage and vegetables these animals feed on. Ed, who is celebrating his 30th vintage at Lenton Brae, and 21st vintage as the chief winemaker, was on hand to guide us through the wine and food pairings.

We planned for a 20 pax headcount for the dinner but due to very good response, we ended with a bigger turnout. For those of you who missed the dinner, here is the menu and my brief comments on the food and wine pairings. The salty, slightly sour and bitter taste of the green olives matched really well with the texture and palate of the Semillon Sauvignon Blanc. Unlike many Australian white Bordeaux interpretations which tend to favour Sauvignon Blanc as the dominant varietal in this blend, Lenton Brae has been making consecutive vintages of SSB, which commonly stands for Semillon Sauvignon Blanc, with the making up 55% to 60% of the total blend composition.  The Semillon brings flavours of green apples and pears which combine beautifully with the olives. Anyone who has lightly coated a green apple with salt before biting it will know how good it tastes.

The pigeon I had had a taste and sort of creamy texture similar to duck liver. If you are unaccustomed to pigeons, it might be a little bit too much to digest. For the pairing though, I thought the French oaked flavours of the Chardonnay pairs well with the meat. The wine’s acidity too complements the puree.

For roasted venison, we want to avoid wines that are too full bodied and tannic, as this combination makes the meat taste too gamey and the wines less fruity. Both the Cabernet Merlot and Cabernet Sauvignon worked well in this case, as the wines are not over-extracted. We had an even split from the attendees as far as which of the two wine comes up tops with the venison, but my personal preference goes with the Wilyabrup, simply because it is a wine that is so elegantly crafted I can imagine drinking it without any food.

This is the surprise pairing of the evening. We expected the Late Harvest Cabernet to be a sticky dessert wine, with high residual sugars. The wine turned out to be only mildly sweeter than a normal red wine. Black currants and plum flavours associated with a dry cabernet were very much present in the Late Harvest. The wine actually has 14.5% alcohol but you won’t be able to tell when you drink it. It went really well with the dark chocolate and cheese.

It was a very interesting evening and inspiring to hear Ed’s insights on Margaret River winemaking, given his long association with the region. We will be hosting more winemaker events in the future and I look forward to writing about them. It will be great if you join us too on these occasions. 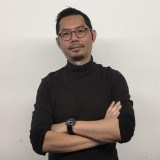